The Lily Foundation is a charitable trust that raises money to support the families, and mostly child sufferers, of Mitochondrial disease. It also funds research projects such as The Evelina Children’s Hospital research team and the Genetics Team at Guys and St Thomas’ Hospital.

The Lily Foundation was founded in October 2007, following Lily’s death to Mitochondrial Disease earlier that year (see Lily’s story). When Lily was diagnosed, her parents tried to understand what was happening. They were overwhelmed by medical and scientific literature yet still felt as if they knew nothing. Even with the wonderful support of hospital medical staff, they felt completely alone.

After her death, Lily’s parents and uncle, Jonathan Pearce, spoke about setting up The Lily Foundation and they haven’t looked back.

Lily Anna Merritt was a beautiful little girl and despite being given days to live, she graced this world with eight months of life. The Lily Foundation was built on Lily’s strength and inspired by her fighting spirit.

Although The Lily Foundation was founded in Lily’s memory, it is not for Lily. It is to give hope, answers and support to the many other children and families that face the challenges of this disease today.

The total amount raised by our generous customers so far is:

When Liz Curtis set up The Lily Foundation with her family in 2007, her aim was to raise £50,000 to support people affected by mitochondrial disease. 15 years later, the charity has raised £8.5 million, and Liz’s steadfast commitment to improving the lives of mito patients and their families has won her an MBE.

Today Liz Curtis was awarded an MBC by Princess Anne at Windsor Castle. Accompanied by her husband, Dave and daughters, Liz commented:

“What an incredible experience it has been, receiving my MBE at Windsor Castle. From the minute we arrived we’ve been made to feel super special, everyone has taken such great care to ensure our day has been a memorable one.

“We were guided through Windsor Castle to the King’s Drawing Room, where we were briefed about the investiture ceremony. I was very privileged to be awarded my MBE by Princess Anne, who knew all about The Lily Foundation and the work we do, and congratulated us on all we’ve achieved so far to help people affected by mitochondrial diseases.

“It’s been a truly humbling experience, and I hope everyone involved with our charity feels as proud as I do today. This honour is for all of us.”

Liz was named as an MBE recipient in the 2021 Queen’s Birthday Honours list, after being nominated by several families who have been supported by The Lily Foundation. Clare Tranter, who lost her first child to the disease, wrote:

“We will always be so grateful to Liz and The Lily Foundation. The support we received from them has been life-changing. Without it, we may never have had the two healthy children we have today.”

Liz’s nomination was also backed by top scientists in the field of mitochondrial disease. Prof Sir Doug Turnbull, formerly Director of the Wellcome Centre for Mitochondrial Research and one of the world’s most respected mito experts, referred to Liz as “an extraordinary woman” who had “transformed the advice and support available for patients with mitochondrial disease in the UK”. 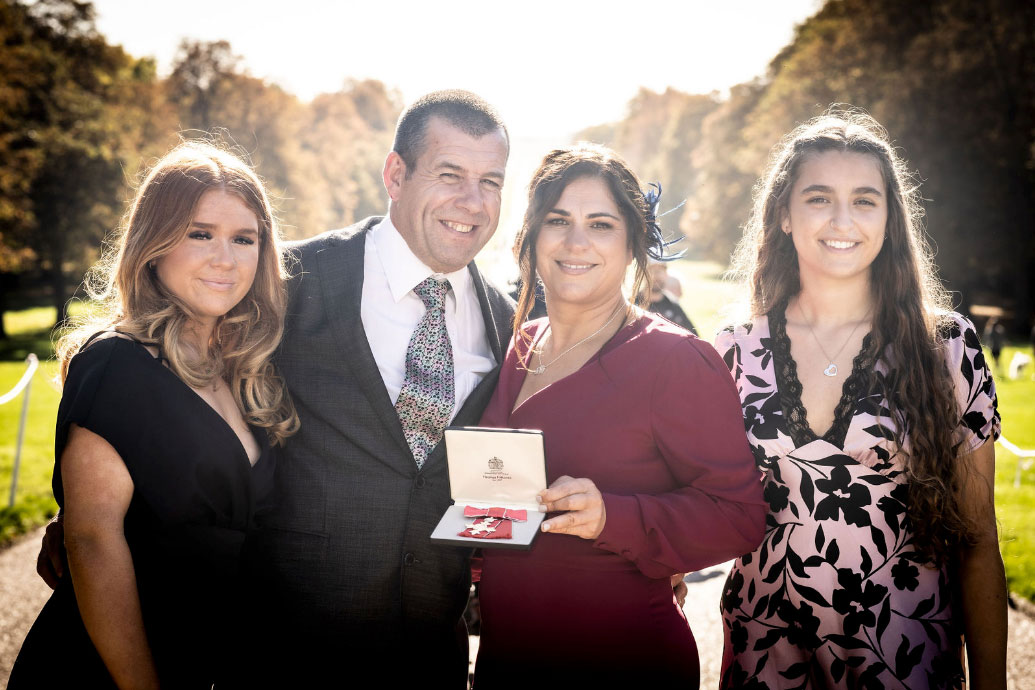